Get Involved with MAPS Here! 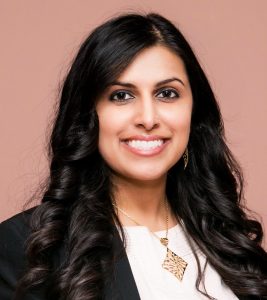 MAPS welcomes the distinguished Dr. Sadaf Jaffer as an esteemed member of its Advisory Council.

Participating in their personal capacities, Advisory Council members provide general guidance to the Board and serve as professional resources to MAPS members. We are honored to have your support and benefit from your experience!

Dr. Sadaf Jaffer is an educator and activist. She recently completed two terms as mayor of Montgomery Township, New Jersey. In January of 2019, she became the first South Asian woman to serve as mayor of a municipality in New Jersey, and the first Muslim woman to serve as mayor of a municipality in the United States.
Her signature initiatives included: creating and implementing a crisis communications plan to help Montgomery Township maintain some of the lowest COVID-19 infection and fatality rates in New Jersey; facilitating a participatory design process for the municipal center and library project started by her predecessors while securing millions of dollars in state funding; responding to demands for racial justice by coordinating meetings for Black community members and youth activists with the Township’s police leadership to build trust and mutual understanding; and inaugurating a Youth Leadership Council to elevate the voices of young people who are energized to lead.
​Sadaf is a Postdoctoral Research Associate in South Asian Studies at Princeton University where she teaches courses on South Asian, Islamic, and Asian American Studies. Jaffer currently serves as Chair of the Inclusion and Equity Committee of Montgomery Township and on the Board of Trustees for the New Jersey Council for the Humanities. She was one of the founding members of Inspiring South Asian American Women (ISAAW), a group dedicated to encouraging civic engagement among South Asian American women in New Jersey. She is on the Board of Directors for The New Agenda, an organization that promotes women’s economic empowerment and combats sexual harassment and sexual assault.
​Sadaf earned her bachelor’s degree in Foreign Service from Georgetown University and obtained her PhD in Near Eastern Languages and Civilizations from Harvard University with a secondary field in Studies of Women, Gender, and Sexuality.

Meet the rest of the MAPS team here!

Our mission is to support the career, workplace, and community development of Muslim American public servants and serve as a catalyst, resource, and force multiplier for the associations that represent and support them.

info@mapsnational.org
or Send a Message HERE